A subset of the full dataset, the ICDAR Table Cells Dataset, was extracted and imported to Roboflow to create this hosted version of the Cascade TabNet project. All the additional dataset components used in the full project are available here: All Files.

Example Image from the Dataset 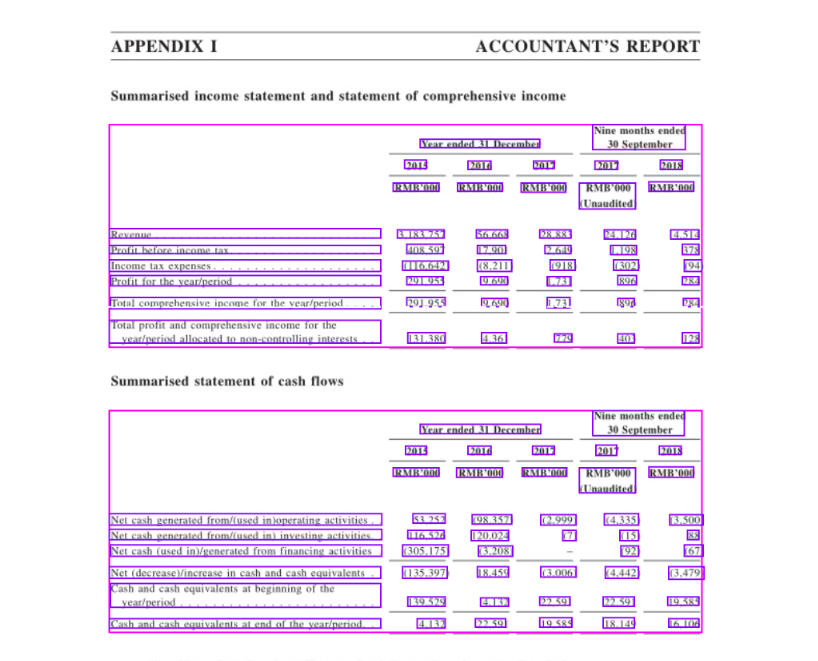 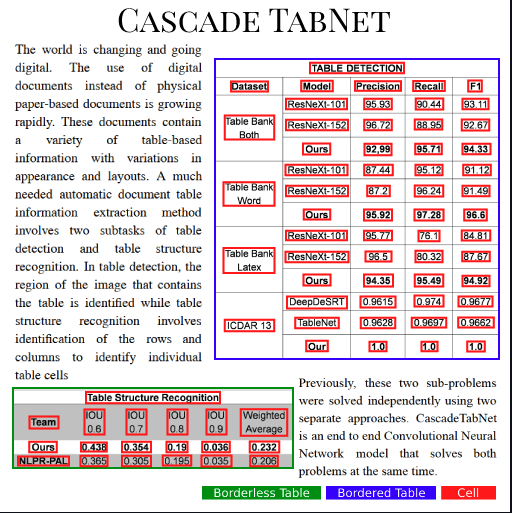 CascadeTabNet is an automatic table recognition method for interpretation of tabular data in document images. We present an improved deep learning-based end to end approach for solving both problems of table detection and structure recognition using a single Convolution Neural Network (CNN) model. CascadeTabNet is a Cascade mask Region-based CNN High-Resolution Network (Cascade mask R-CNN HRNet) based model that detects the regions of tables and recognizes the structural body cells from the detected tables at the same time. We evaluate our results on ICDAR 2013, ICDAR 2019 and TableBank public datasets. We achieved 3rd rank in ICDAR 2019 post-competition results for table detection while attaining the best accuracy results for the ICDAR 2013 and TableBank dataset. We also attain the highest accuracy results on the ICDAR 2019 table structure recognition dataset.

From the Original Authors:

If you find this work useful for your research, please cite our paper:
@misc{ cascadetabnet2020,
title={CascadeTabNet: An approach for end to end table detection and structure recognition from image-based documents},
author={Devashish Prasad and Ayan Gadpal and Kshitij Kapadni and Manish Visave and Kavita Sultanpure},
year={2020},
eprint={2004.12629},
archivePrefix={arXiv},
primaryClass={cs.CV}
}