This is an Instance Segmentation project for visualizing detected cracks on concrete. This dataset is usable for those doing transportation and public safety studies, creating self-driving car models, or testing out computer vision models for fun.

Check out this example guide from Augmented Startups to see the model in action and learn how the dataset came together: https://medium.com/augmented-startups/yolov7-segmentation-on-crack-using-roboflow-dataset-f13ae81b9958

Bus_YOLOv5 is a bus and truck object detection dataset with 9,900 images, and a trained model.

Use the Bus_YOLOv5 dataset and detection API in computer vision applications for transportation, self-driving cars, safety and security, and more. Track busses and trucks using this Bus_YOLOv5 model, or use your home security camera to create notifications for delivery trucks or city busses.

Check out these posts from the Roboflow Blog for inspiration:

This project labels container codes on trucks. It can be used with optical character recognition (OCR) software to identify vehicles entering and exiting facilities or passing a checkpoint via a security camera feed or traffic cam.

The project includes several exported versions, and fine-tuned models that can be used in the cloud or on an edge device.

The annotation files were adjusted to conform to the YOLO Keras TXT format prior to upload, as the original format did not include a label map file.

v1 contains the original imported images, without augmentations. This is the version to download and import to your own project if you'd like to add your own augmentations.

A dataset and fine-tuned model for recognizing identifiers on container trucks. Combine with an OCR (optical character recognition) package to ID vehicles passing a checkpoint via a security camera feed or traffic cam.

The project includes several exported versions, and a fine-tuned model that can be used in the cloud or on an edge device.

High School Introduction to Robotics: Drone Machine Vision Project
We train, validate, and test our algorithim using images from the testset-dev set of Task 1: Object Detection in Images, from VisDrone-Dataset. For some of these 546 images, we manually clasified objects as houses (any building, including homes, appartments, etc) and cars (any motor vehicle, including cars, trucks, etc).
We attach an iPad Mini to our drone, then use the Photo Timer+ app to take 50 pictures every 5 seconds as the drone is flying. Then, we import those pictures to this RoboFlow project to see if the machine vision algorithim is able to identify and classify houses and cars from these images.

This data set was builded with the aim to develop an automatic people counter for the public transport system buses in the city of Santiago de Chile. The model must be loaded on an embedded device like the OAK-D plattform and the principal goal is try to characterize the passenger flux on the bus route. For that we mount three cameras inside the machine to count the number of people that onboards and alight in diferentes places during the journey, besides of estimate the number of passangers on the road and them who are waiting in the bus stops . This last thing could be accomplished using a fourth camera outside the bus.The images used are extracted from a videorecord series obtained during a sequence of jurneys. By this way we can know th estimated proprtion uf passsanger that uses certain type uf bus for travelling trough the city.

In the past we have used the MobileNet network for trainning and detcetion by SSD detector. In that case we used an lateral / inclined view. In this opportunity we are using a topview to recognize the heads or/and shoulder using an Hough detector like algorithm. Also we are studyng the posibbility to use the YOLO detector on a TensorFlow framework.For tracking the trajectory of the people we are using DeepSort and LKT optical flow trackers.

We called ourselves the CHELKATUN NAUKA TEAM . This words are a fusion between the Chelkatun word thata means "Sharing", whom origin cames from the ancestral languague known as mapudungün and the polish word NAUKA whose meaning is "Knowledge" . This project its an international collaorations bettween post graduated students in computational sciences from Spain and Belgium and a student from Chile that is working actually on this project for his Physics Engineerng Thesis Project.

Also we are participating on the 2021 OPENCV AI SPATIAL COMPETITION.

If you want more information about us , please feel free to contact us by this email adress : sebastian.fuentes.p@usach.cl to Sebastian, the student from Chile.

From our 2021 Annual Report

HelicoptersofDC is dedicated to bringing DC residents the most accurate and up-to-date information on what's overhead and to foster collaboration and education about helicopter identification and mission profiles. Last year's GAO report found that 96.3% of helicopter noise complaints to the MWAA from 2018-2021 were unattributed to any specific operator - this is why we feel it's important to educate the community on helicopter identification in addition to reporting what is happening currently and why.

I'd like to thank our Patreon supporters, their contributions cover server costs and allow me to invest in hardware to bring radio calls to the platform.

Unique Strengths of the CopterSpotter System

Many flight tracking sites like Flight Aware, Plane Finder and Radar Box remove flights as a paid service to the owner. Even ADSBExchange, which doesn't filter any flights, does not receive tracking information from most military helicopters due to the Code of Federal Regulations Title 14, Chapter I, Subchapter F rule 91.225 which makes an exemption to mandatory flight transponders for "sensitive government mission for national defense, homeland security, intelligence or law enforcement."

This makes an enormous amount of helicopter flights over the NCR untraceable in any systematic way. As a result, we rely on user submitted photos and identification of helicopters in addition to a separate system that allows users to categorize helicopter radio calls to/from DCA tower.

This dataset is sourced from user-submitted photos on Twitter, and powers a computer vision program to automatically infer submissions to @HelicoptersofDC so DC residents can better identify what's over their heads. 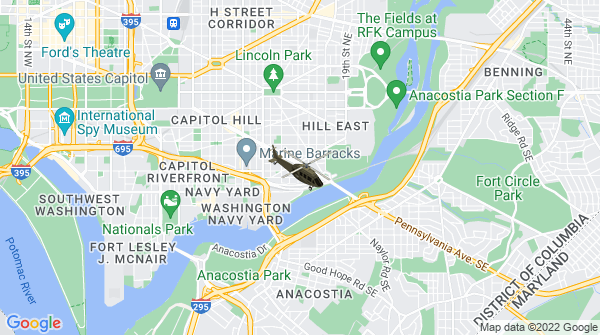 Operators around the NCR can be reasonably inferred by aircraft type:

We have identified the following exceptions:

This dataset includes classes for three variations of UH60 Black Hawk: H60, VH60N, and H60 + Aux Fuel Tanks. We may merge this later, the initial thought process was the aux fuel tanks change the shape, and the distinct color of the VH60N (when photographed with front light) can be attributed uniquely to Marine Presidential Squadron unlike the rest which can be Army, National Guard, FBI or Customs and Border Patrol.

This dataset was originally created by Jhonathann. To see the current project, which may have been updated since this version, please go here: https://universe.roboflow.com/cone/capacetes-e-cones.

This dataset is part of RF100, an Intel-sponsored initiative to create a new object detection benchmark for model generalizability.

This dataset was originally created by Justin Henke and Reginald Viray. To see the current project, which may have been updated since this version, please go here: https://universe.roboflow.com/psi-dhxqe/psi-rossville-pano.

This dataset is part of RF100, an Intel-sponsored initiative to create a new object detection benchmark for model generalizability.