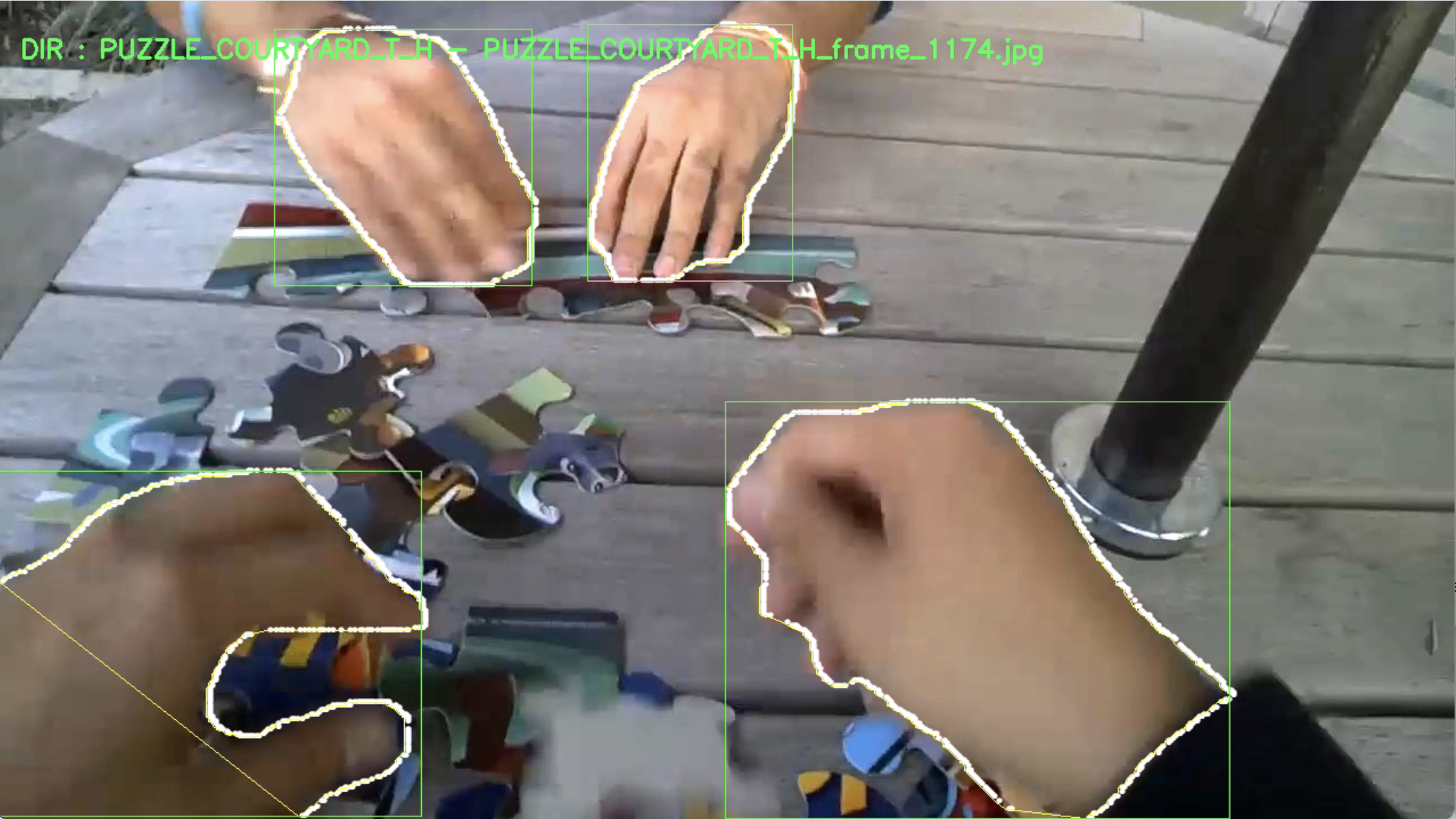 The EgoHands dataset is a collection of 4800 annotated images of human hands from a first-person view originally collected and labeled by Sven Bambach, Stefan Lee, David Crandall, and Chen Yu of Indiana University.

The dataset was captured via frames extracted from video recorded through head-mounted cameras on a Google Glass headset while peforming four activities: building a puzzle, playing chess, playing Jenga, and playing cards. There are 100 labeled frames for each of 48 video clips.

The original EgoHands dataset was labeled with polygons for segmentation and released in a Matlab binary format. We converted it to an object detection dataset using a modified version of this script from @molyswu and have archived it in many popular formats for use with your computer vision models.

After converting to bounding boxes for object detection, we noticed that there were several dozen unlabeled hands. We added these by hand and improved several hundred of the other labels that did not fully encompass the hands (usually to include omitted fingertips, knuckles, or thumbs). In total, 344 images' annotations were edited manually.

We chose a new random train/test split of 80% training, 10% validation, and 10% testing. Notably, this is not the same split as in the original EgoHands paper.

There are two versions of the converted dataset available:

The authors have graciously allowed Roboflow to re-host this derivative dataset. It is released under a Creative Commons by Attribution 4.0 license. You may use it for academic or commercial purposes but must cite the original paper.

Please use the following Bibtext: